A Sower Went Out to Sow 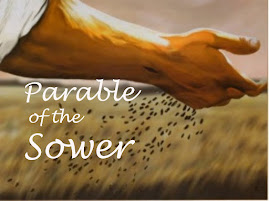 Great multitudes were gathered to hear the words of Jesus, so many in fact, that the scriptures tell us that He got into a boat and sat while the multitude of people stood on the nearby sea shore. Then in Matthew 13:3 it says: “Then He spoke many things to them in parables, saying: Behold, a sower went out to sow.” Most of us recognize this setting as the one in which Jesus told the parable of the sower. You may recall how some seed fell by the wayside, some fell on stony places, some fell among thorns, and some fell on good ground. We have heard this parable many times, from many different angles. But I believe the key to this parable is in that third verse which says: “a sower went out to sow.”

Why is this the key? Because if the sower had not attempted to sow any seed, then there would not have been any chance for a crop! Before God can give the increase, there must be something started to give the increase to. Paul wrote: “I planted, Apollos watered, but God gave the increase” (1 Cor 3:6). If Paul had never planted, Apollos could not have watered, and God would not have had the opportunity to give the increase. Sometimes we may be asking: “why aren’t we converting more souls to Christ?” The answer is simply because we are not “sowing the seed!” Before we can convert souls, there must be some planting going on. The church can grow, IF we plant the seed (the Word of God) in the hearts of man. While it is true that most will reject the Word, we’ll never convert a soul if we don’t give God the opportunity to provide the increase.

Posted by Richie Thetford at 2:38 PM