The Purpose of the Law 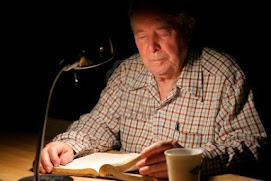 "What purpose then does the law serve? It was added because of transgressions, till the Seed should come to whom the promise was made; and it was appointed through angels by the hand of a mediator. Now a mediator does not mediate for one only, but God is one. Is the law then against the promises of God? Certainly not! For if there had been a law given which could have given life, truly righteousness would have been by the law. But the Scripture has confined all under sin, that the promise by faith in Jesus Christ might be given to those who believe. But before faith came, we were kept under guard by the law, kept for the faith which would afterward be revealed. Therefore the law was our tutor to bring us to Christ, that we might be justified by faith. But after faith has come, we are no longer under a tutor" (Galatians 3:19-25). We can see in this text that the law was simply a tutor to bring us to Christ and that we are now justified by faith. The word "justified" means that we are free from sin or guilt. It is through faith then that we are sons of God (Romans 5:1; Galatians 3:26-27).

True faith is demonstrated by our obedience to God’s Word. Notice if you will what is stated in the book of James: "But someone will say, "You have faith, and I have works." Show me your faith without your works, and I will show you my faith by my works. You believe that there is one God. You do well. Even the demons believe — and tremble! But do you want to know, O foolish man, that faith without works is dead? Was not Abraham our father justified by works when he offered Isaac his son on the altar? Do you see that faith was working together with his works, and by works faith was made perfect? And the Scripture was fulfilled which says, "Abraham believed God, and it was accounted to him for righteousness." And he was called the friend of God. You see then that a man is justified by works, and not by faith only" (James 2:18-24). The Word of God further says, "But without faith it is impossible to please Him, for he who comes to God must believe that He is, and that He is a rewarder of those who diligently seek Him" (Hebrews 11:6).

We must be determined to put our faith in God, being obedient to Jesus each and every day that we live. Study daily in order to gain faith in Him, and then put your faith to work each day by living for Him in all that you say and do.

Posted by Richie Thetford at 6:35 PM No comments:

Opportunities That Felix Had 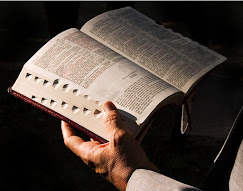 Felix’s problem was sin; thus, his greatest need was the forgiveness of sin. Yet, he neglected God’s offer. When Felix died I am sure that he wished that he had taken his conversations with the Apostle Paul more seriously and did what was necessary in order for him to be saved. There are several things in which Felix neglected that caused him to be in a lost condition. Let's look at some.

Felix was in the right place at the right time, yet he still was not obedient to the word of God presented by Paul (Acts 24:24a).

Felix heard the Apostle Paul preach, yet he did not respond to the words that could have saved him if he would have truly listened and obeyed them (Acts 24:24b).

Felix heard a sermon adapted specifically to him, yet he did not give it the urgent need that was needed for him to gain salvation (Acts 24:25).

Felix had an emotional response to the gospel, yet as he heard Paul reason about about righteousness, self-control, and the judgment to come, he became emotional (he was afraid). He then told Paul to "Go away for now; when I have a convenient time I will call for you." We don't have any indication that his "convenient time" ever came (Acts 24:25).

Felix had a second chance, yet still he did not obey the gospel message. Felix sent for Paul numerous times and conversed with him and did not become a Christian (Acts 24:26).

Felix neglected so many wonderful opportunities to be saved; he neglected them to remain lost. Dear friends, let that NEVER be said of us! "How shall we escape if we neglect so great a salvation, which at the first began to be spoken by the Lord, and was confirmed to us by those who heard Him (Hebrews 2:3).

Posted by Richie Thetford at 6:38 PM No comments:

The Defense of our Faith 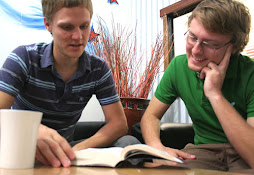 In Acts 26:18, we find the Apostle Paul before Agrippa, defending his faith. He explains to Agrippa what happened to him on his journey to Damascus. He then explains the words of Jesus and that he is to tell others about Jesus so that others can be saved through Him. “to open their eyes so that they may turn from darkness to light and from the dominion of Satan to God, in order that they may receive forgiveness of sins and an inheritance among those who have been sanctified by faith in Me” (Acts 26:18).

We too can have life if we live up to what Jesus told Paul. We must first turn from darkness (sin) to the light (walking with God). “for you were formerly darkness, but now you are light in the Lord; walk as children of light” (Ephesians 5:8). “For He delivered us from the domain of darkness, and transferred us to the kingdom of His beloved Son” (Colossians 1:13). We must then set our sights on having our domain with God and not with Satan. “But as many as received Him, to them He gave the right to become children of God, {even} to those who believe in His name” (John 1:12). Through our obedience to the Word of God we will be moved to turn around so that our sins can be forgiven. Only those who determine to follow God, not Satan, can have forgiveness of sins. “and that repentance for forgiveness of sins should be proclaimed in His name to all the nations, beginning from Jerusalem” (Luke 24:47). The Apostle Peter wrote, “....repent, and let each of you be baptized in the name of Jesus Christ for the forgiveness of your sins; and you shall receive the gift of the Holy Spirit” (Acts 2:38).

Once we have been forgiven of our sins and continue to follow God, then we will receive an inheritance! “And now I commend you to God and to the word of His grace, which is able to build {you} up and to give {you} the inheritance among all those who are sanctified” (Acts 20:32). That inheritance is everlasting life with God our Father to those who are sanctified (which is set apart from sin and drawn near to Jesus)! Paul understood that for someone to do those things, they would have to have faith in Jesus. We will not put aside the world and draw near to Christ unless we have a true faith in Him. “But let him ask in faith without any doubting, for the one who doubts is like the surf of the sea driven and tossed by the wind” (James 1:6). Thomas would not believe in Jesus until he felt the scars of His wounds and realized that he really was looking at Jesus! We must believe in Jesus with a true faith - even though we have not personally seen Him. “Jesus said to him, "Because you have seen Me, have you believed? Blessed {are} they who did not see, and {yet} believed. Many other signs therefore Jesus also performed in the presence of the disciples, which are not written in this book; but these have been written that you may believe that Jesus is the Christ, the Son of God; and that believing you may have life in His name” (John 20:29-31). Are we really defending Jesus to others as Paul did in his day? If so, we can proudly praise God.

Posted by Richie Thetford at 8:36 PM No comments: