Joshua attacked Ai in keeping with the Lord’s command to utterly destroy the people dwelling in Canaan so that the children of Israel could take possession of the land as God had promised them. But there was a problem in this battle. Israel was defeated! Why? Because there was SIN in the camp We read in Joshua 7:10-12: “So the LORD said to Joshua: Get up! Why do you lie thus on your face?  Israel has sinned, and they have also transgressed My covenant which I commanded them. For they have even taken some of the accursed things, and have both stolen and deceived; and they have also put it among their own stuff. Therefore the children of Israel could not stand before their enemies, but turned their backs before their enemies, because they have become doomed to destruction. Neither will I be with you anymore, unless you destroy the accursed from among you.” At first Joshua did not understand why it was that God’s chosen people were destroyed in this battle. But Joshua did not know that someone in their own camp had transgressed God’s earlier instructions to them, which was, not to take anything from the enemy to keep for themselves. But someone did, and that someone was a man named Achan. As a result of his sin, he was destroyed, and not only him, but his wife, children, livestock and all belongings! Other lives were destroyed because of this one man’s transgression against almighty God. He knew the rules that God had put forth, yet he still chose to disobey those rules. What was the result? Death to him and his family. This was a sad price to pay for selfishness. We can and should learn a valuable lesson from this story.


Learning From Yesterday’s Mistakes
God gave specific instructions for the children of Israel not to take those things which had once belonged to the enemy, in this case Ai. But because of one man’s disobedience, several men lost their lives along with his own family. Today we are given specific instructions on how to live our life unto the Lord.

We have been commanded NOT to touch the unclean thing. Paul writes: “Do not be unequally yoked together with unbelievers. For what fellowship has righteousness with lawlessness? And what communion has light with darkness? And what accord has Christ with Belial? Or what part has a believer with an unbeliever? And what agreement has the temple of God with idols? For you are the temple of the living God. As God has said: "I will dwell in them and walk among them. I will be their God, and they shall be My people." Therefore "Come out from among them and be separate, says the Lord. Do not touch what is unclean, and I will receive you” (2 Corinthians 6:14-18). Are we reading what Paul writes with an open heart here? He says “BE SEPARATE!” As God’s people were a separate people long ago, God’s people are still a separate people today. A Christian simply cannot be pleasing to God while doing worldly things. (Matthew 6:24; 1 John 2:15-17). A Christian is said to be a “special people” (1 Peter 2:9). A special person, striving to be well-pleasing in God’s sight will NOT involve himself with those things which are unclean.

We are to put away evil from among us. Again the apostle Paul writes to the Corinthian brethren telling them: “not to keep company with sexually immoral people. Yet I certainly did not mean with the sexually immoral people of this world, or with the covetous, or extortioners, or idolaters, since then you would need to go out of the world. But now I have written to you not to keep company with anyone named a brother, who is sexually immoral, or covetous, or an idolater, or a reviler, or a drunkard, or an extortioner-- not even to eat with such a person. For what have I to do with judging those also who are outside? Do you not judge those who are inside? But those who are outside God judges. Therefore "put away from yourselves the evil person” (1 Corinthians 5:9-13). Just as the children of Israel was told to put away the evil from among them (in their case to destroy what was taken and to kill Achan and his family), we are also to rid the Lord’s church from evil that may creep in. Our role as Christians is to “seek and save the lost” and not to tolerate evil. God does not tolerate evil and neither should we. Evil is not of God, it is of the Devil. When we associate ourselves with evil we are committing adultery against God (James 4:4). We should learn from long ago that God did not tolerate evil then, and He certainly does not tolerate evil today.

God promises the fall of those who do not obey Him. Just as He promised that those who did not obey His will would be punished long ago, God will punish us today if we choose not to obey Him. Jesus became the “author of eternal salvation to all who obey Him” (Hebrews 5:9). Only those of us that obey His teaching will be saved, just as those of Israel that obeyed God were saved. May we always learn from the lessons of old, how to live our life today.

Posted by Richie Thetford at 1:34 PM No comments: 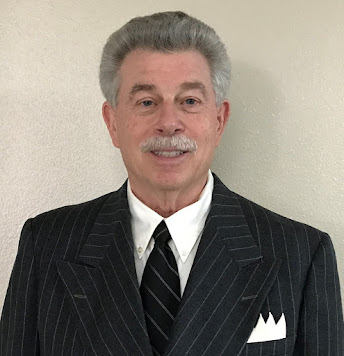